AA Spray will continue to be closed for public access from Monday 11th October 2021 until further notice.

Customers will need to call 9644 1040 and we will arrange contactless service while you wait outside .

Please ensure you are wearing a face mask and keep a minimum distance of 2m from our staff.

"G" & "F" thread refers to the size of the thread on an airless spray gun where the tip guard is fitted. Traditionally Wagner (European Brand) always used “F” thread or 11/16” and Graco/Titan (USA Brand) always used “G” thread or 7/8”. This was done originally to not only confuse customers but force them to buy the original manufacturers tips guards.

Over the years “G” Thread tended to be more popular and probably because the market in the USA was much larger than any other. In Australia Wagner used ‘F” thread guns with all new machines up to about 2006/2007 when finally they gave in and switched to “G” thread guns. If you purchased a Wagner machine before this date the standard airless gun would have come with “F” thread. The most common guns from Wagner using “F” thread were the G-08, G-09, G-10, with AG-08 airless spray guns being sold in both “F” and “G” nuts.

Most guns out in the market now are “G” thread, the only people who have “F” threaded guns would be people with old Wagner machines that still have the original gun purchased before 2006/2007.

We have illustrated the difference between “G” thread and “F” thread guns below. 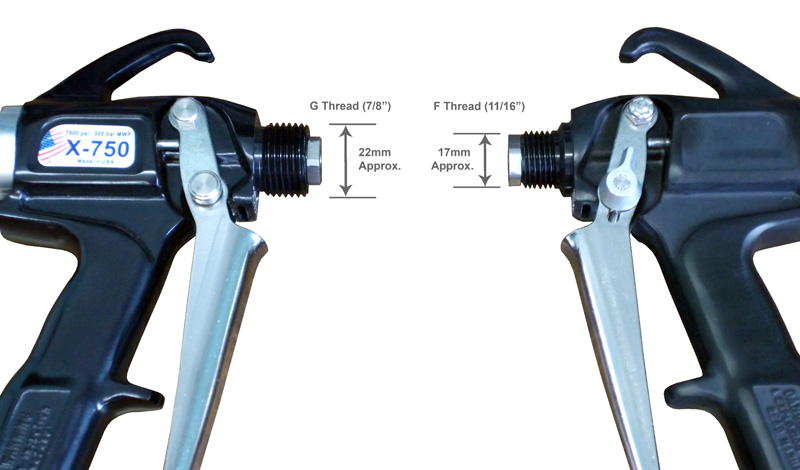 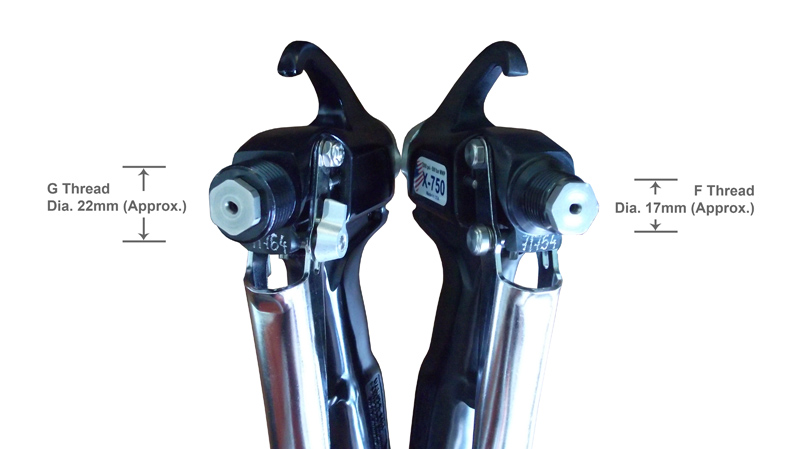